Come summer, as the borewells dry up, the private water tanker industry is out to make a killing. Doubtless, the tankers serve some three lakh apartments and an even higher number of individual homes in the newly added areas of the city, where Cauvery water hasn’t reached yet. What’s at issue, however, is the quality of the water supplied and its price. It’s an unregulated business run by a powerful lobby of tanker owners. Needless to say, the risk is all the consumer’s. 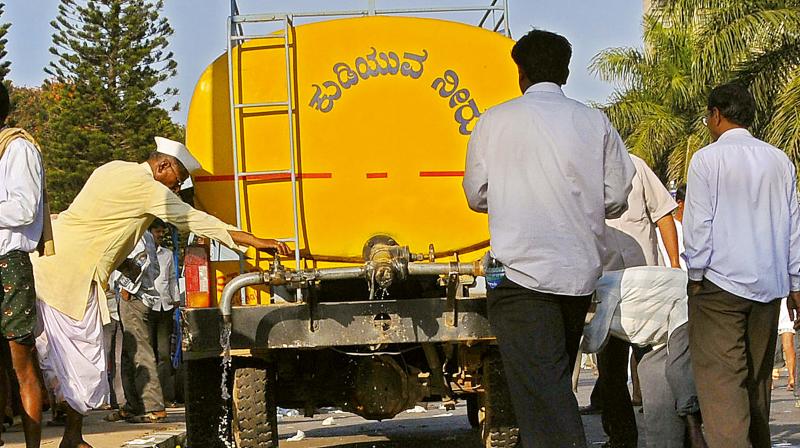 In their rush to make the most of the situation, those involved in the tanker business sink borewells at will, caring little that they are dangerously depleting the city’s groundwater table in the process.

Visit Sarjapur road between 6 am and 9 am and you see hundreds of water tankers lined up on it. They are waiting to be booked so they can begin supplying water to people in the area, charging anywhere from Rs 600 to Rs 700 for a load and often leaving consumers like Poornima with a bill of about Rs 1500 to Rs 2000 a month.

While the government claims there is no shortage of water this summer, the tankers still manage to make a killing this time of the year with over three lakh apartments and several lakh individual houses in the newly added areas of Bengaluru dependant on fast drying up borewell water.

In their rush to make the most of the situation, those involved in the tanker business sink borewells at will, caring little that they are dangerously depleting the city’s groundwater table in the process.

“We charge between Rs 600 and Rs 700 for a  tanker supplying 6000 litres of water, but if the distance is big we charge more,” says a water supplier,  who caters to about 10 consumers a day.  While not everyone can afford this, there is no bargaining about the price and nor are any questions asked about where the water is sourced from. No one cares to demand a certification for the quality of the water supplied either. With no big brother watching, the tanker business is brisk in summer and brings in huge moolah.

Warning about the health consequences of such unfettered freedom for the tankers, former environment secretary and concerned ecologist, Dr A N Yellappa Reddy, says over  90 percent of the water they extract is fossil or over 1, 500 years old.

“Nano particles, salmonella, ecoli, are all found here. Tapeworms, roundworms, and hookworms can enter the human system through such borewell water and cannot be detected easily. They can harm the brain as they keep multiplying,  growing to as much as  8 to 10 feet in length in the human body,” he adds, making a strong case for monitoring the water supplied through tankers in the interest of people’s health.

“Once they go deeper chemicals like fluoride, arsenic and many dissolved heavy metals are found mixed in the water. There is no mechanism to remove such contaminants as most of the filters are not equipped to do the job,”  he explains, also regretting that most tankers don’t even maintain basic hygiene.  “Sadly there is no authority to regulate this industry,” he observes.

The former bureaucrat warns that lead, chromium, cobalt and other metals present in the water are deadly as they can harm the kidneys and the digestive system.

“Nano particles, salmonella, ecoli, are all found here. Tapeworms, roundworms, and hookworms can enter the human system through such borewell water and cannot be detected easily. They can harm the brain as they keep multiplying,  growing to as much as  8 to 10 feet in length in the human body,” he adds, making a strong case for monitoring the water supplied through tankers in the interest of people’s health.

The city may be sweltering under a high 37.8 degree Celsius, but there isn’t likely to be any water shortage this summer, claims the Bengaluru Water Supply and Sewerage Board (BWSSB).  Says a BWSSB  official, “We have enough water till the monsoon arrives. We are presently supplying 1350 MLD of water and an additional 50 MLD taking into account the summer, from the Cauvery and this will continue.”

The Krishna Raja Sagar dam, which the city relies on for most of its water supply,  had  80.72 ft of water on Wednesday as against its storage capacity of  124.80 ft, the official noted, adding that the water was sufficient for both Mysuru and Bengaluru.  BWSSB supplies water to 8, 70, 000 connections, which include both domestic and industrial.

No regulator yet for groundwater
A draft Karnataka Ground Water (Regulation and Control of Development and Management) Bill prepared by the National Law School of India University, Bengaluru in  2006 to regulate and control the development and management of groundwater in the city remains in cold storage. “The state government is sleeping over this important issue while Rajasthan, has already brought in a water use policy and implemented it,” regrets former environment secretary, Dr A. N. Yellappa Reddy.

Environmentalist  Leo F. Saldanha, warns the situation will only get worse unless the government wakes up and does the needful. “I live in a neighbourhood which has four pipelines carrying  Cauvery water passing through it. But we don’t get any of this water. Some years ago, deeply annoyed by this, some locals decided to take the law into their own hands as they had no water in their wells or borewells. Of course there were several private tanker suppliers who could have provided them water, but they couldn’t afford this.  So they blew holes into the massive pipes supplying Cauvery water to other neighbourhoods and were arrested,” he recounts, pointing out that half the population of Bengaluru depends on groundwater as Cauvery cannot meet everyone’s needs.

“The Cauvery water is over extracted already and there isn’t any more left for the city The growing reality is that the groundwater table is falling and getting more toxic.  To top it, it is getting very expensive to hire tankers to supply water.  And the government looks the other way as several suppliers finance elections and political parties,” he regrets.

His solution is rain water harvesting. “ There is enough rain in the city for a small family to harvest and survive for at least eight months. And it comes free. Find out how to do this. It’s really simple,” he suggests.

This story was originally published in Deccan Chronicle Apr 21, 2016, edition. 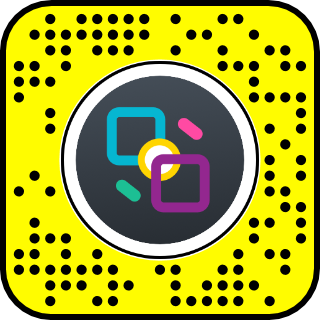 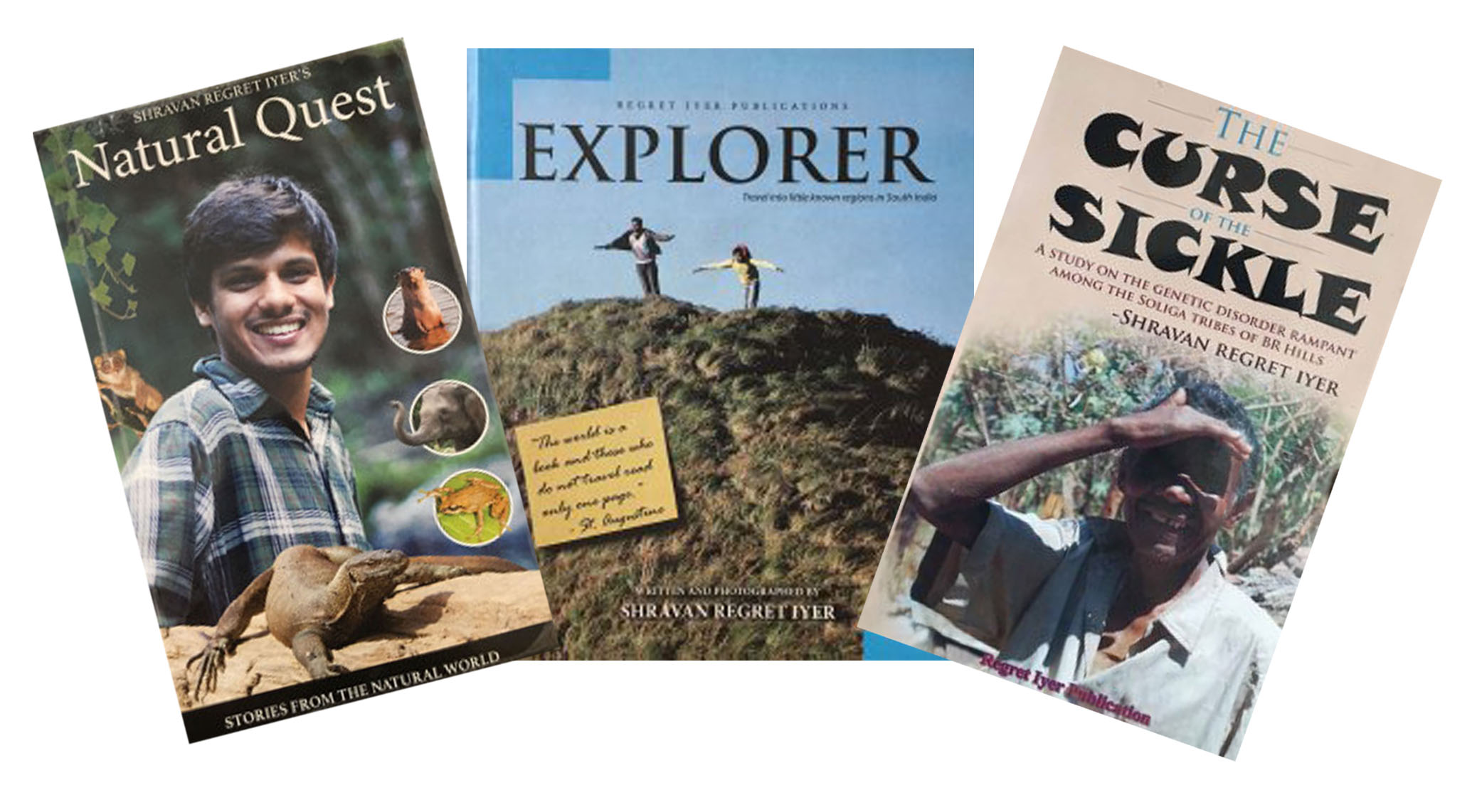 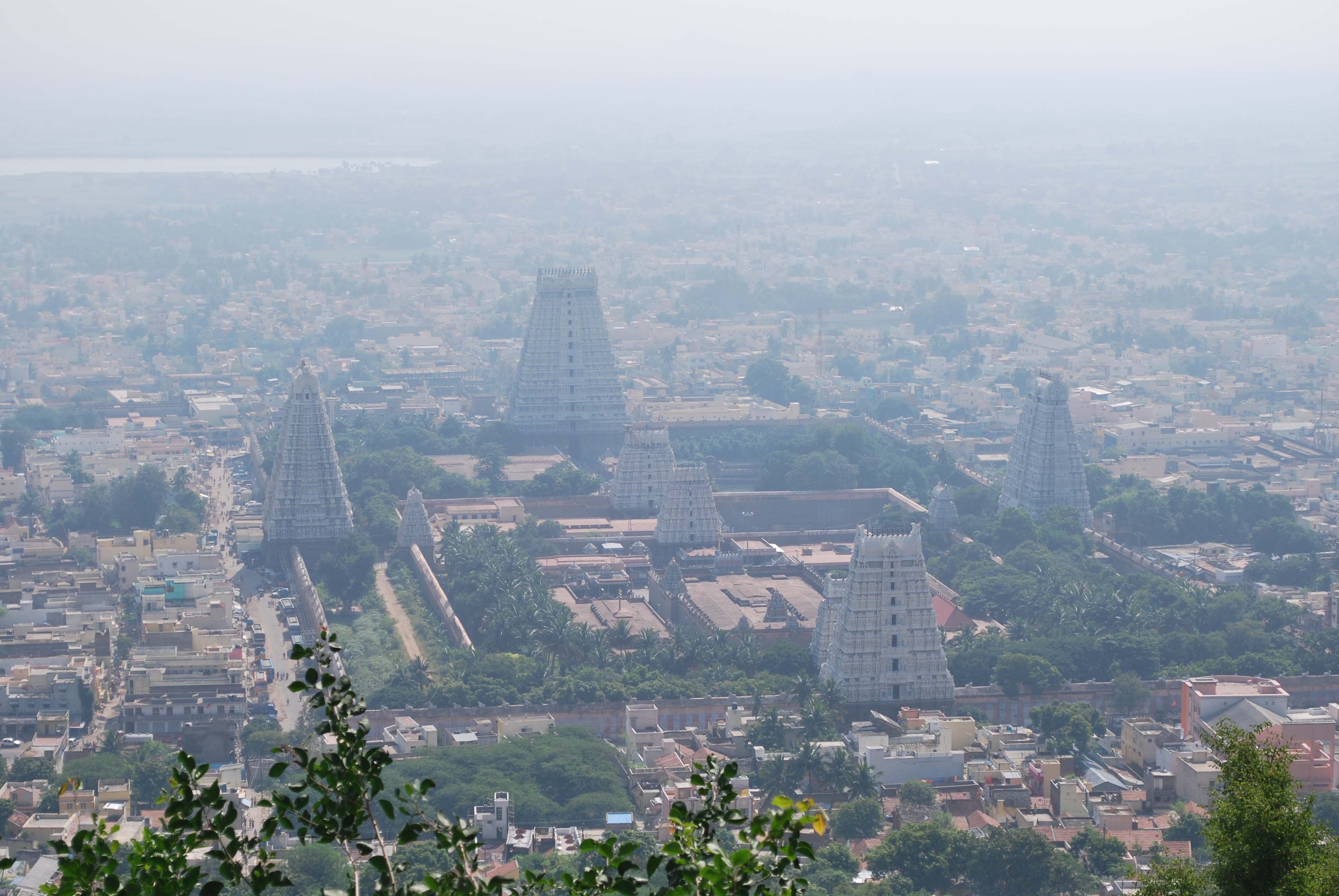 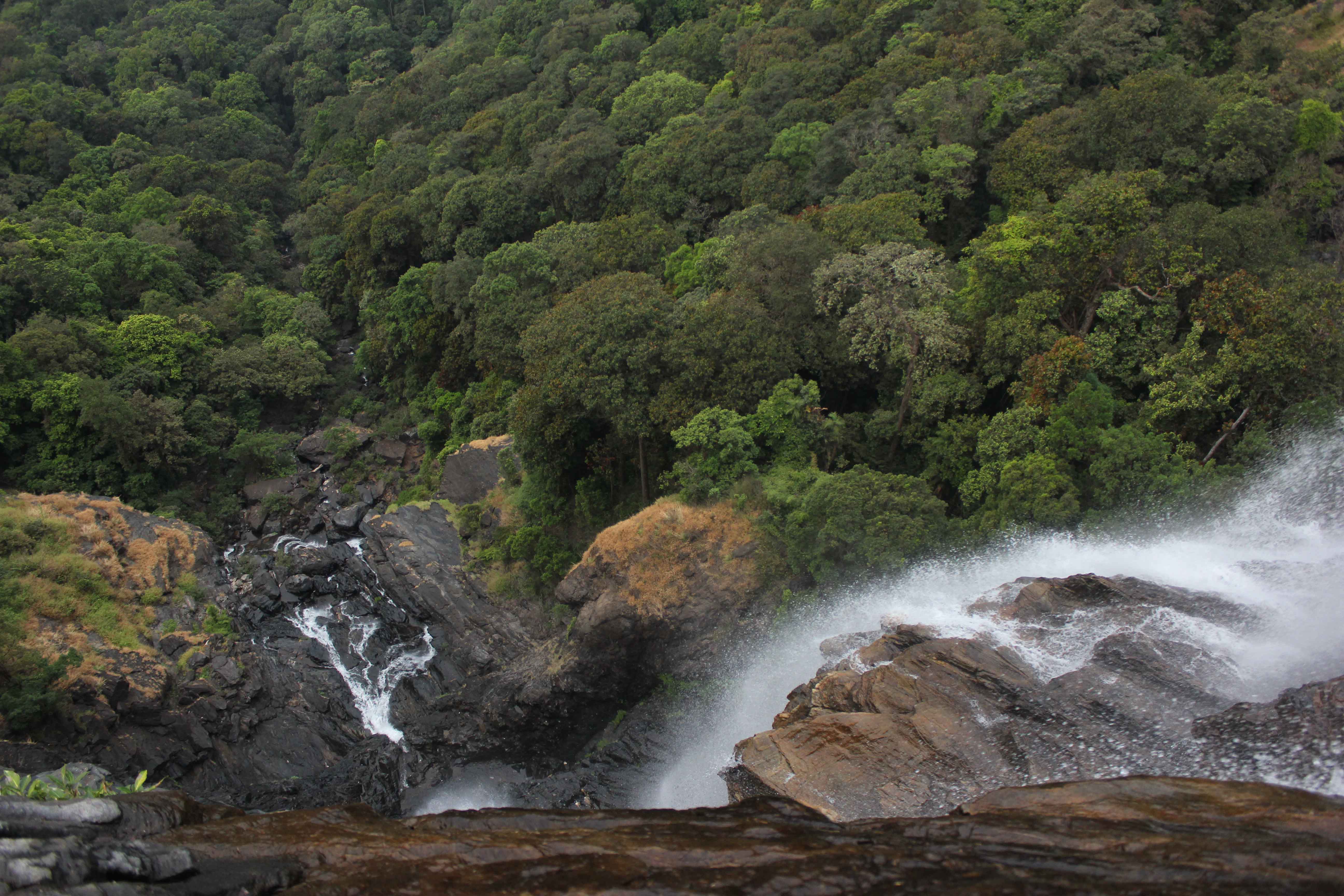 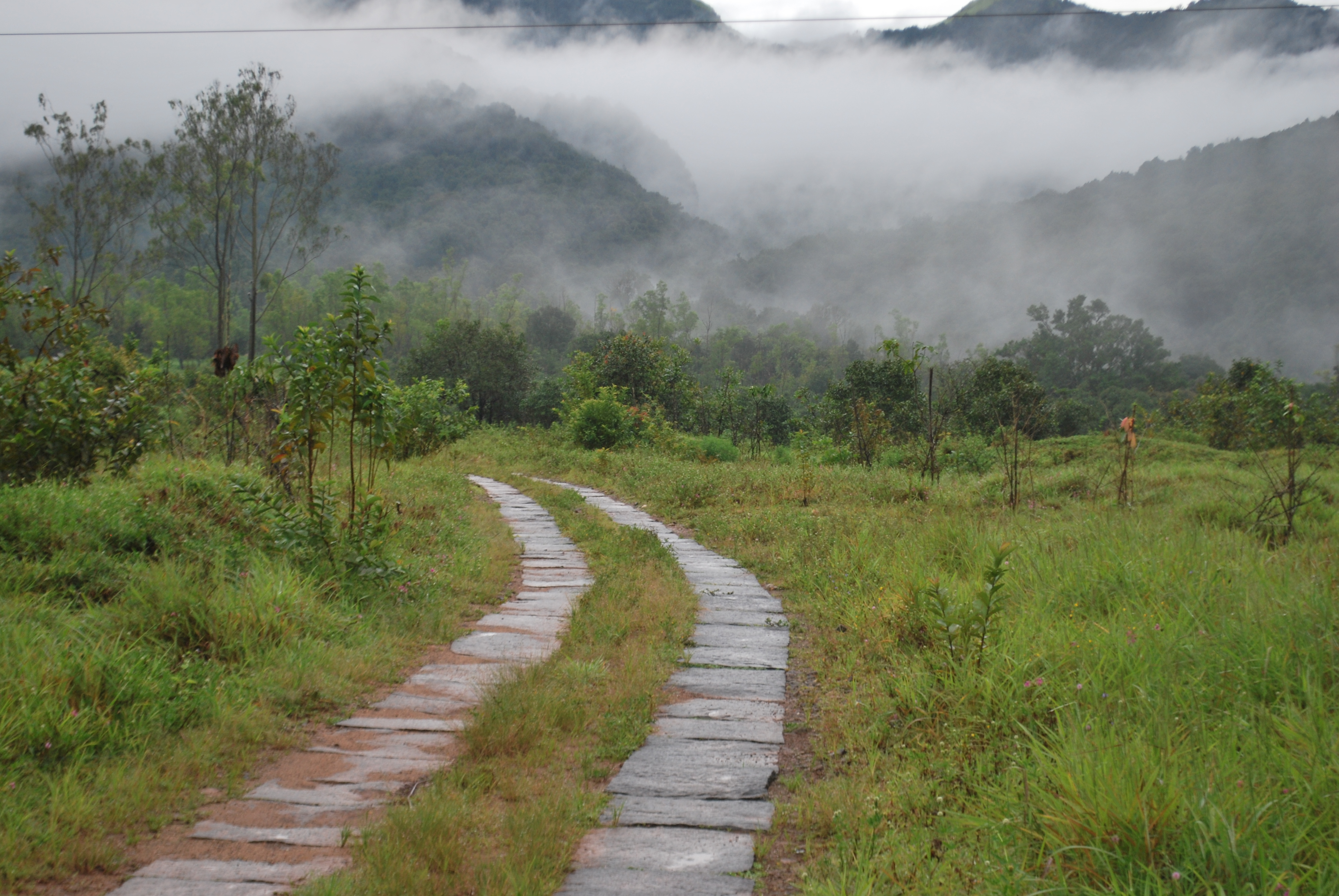 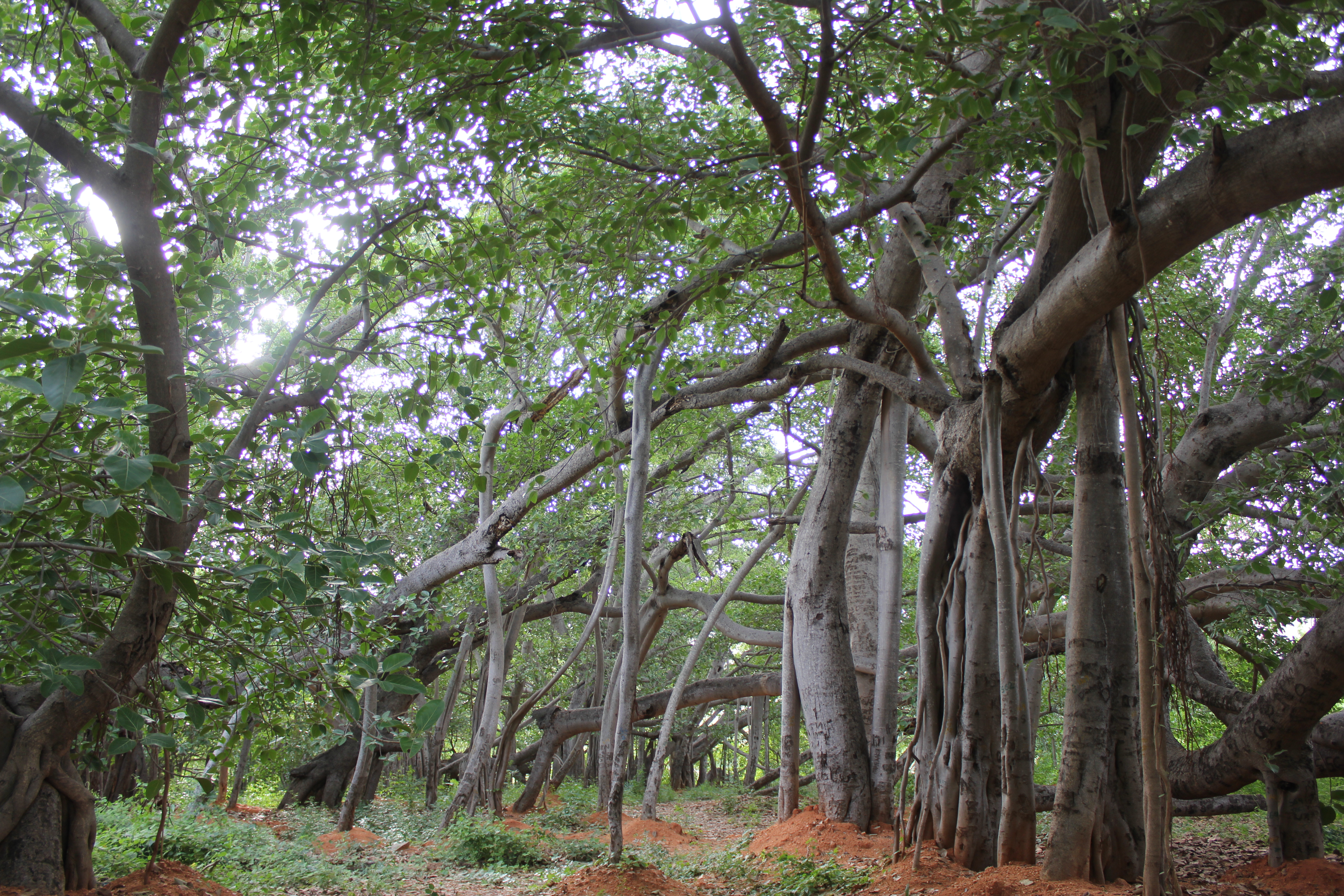